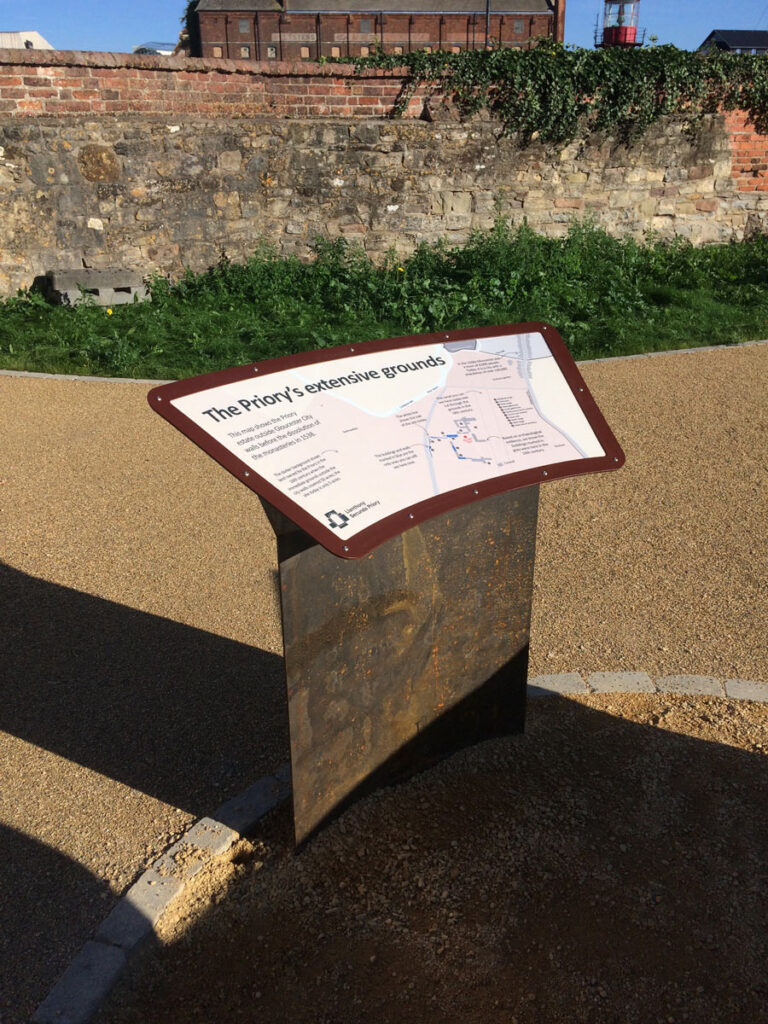 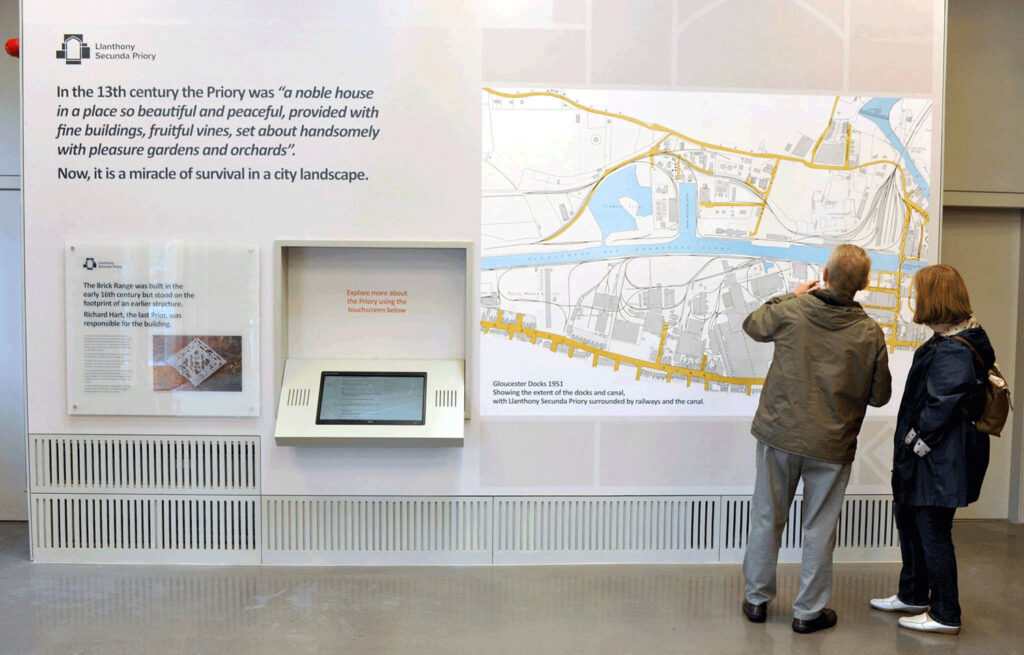 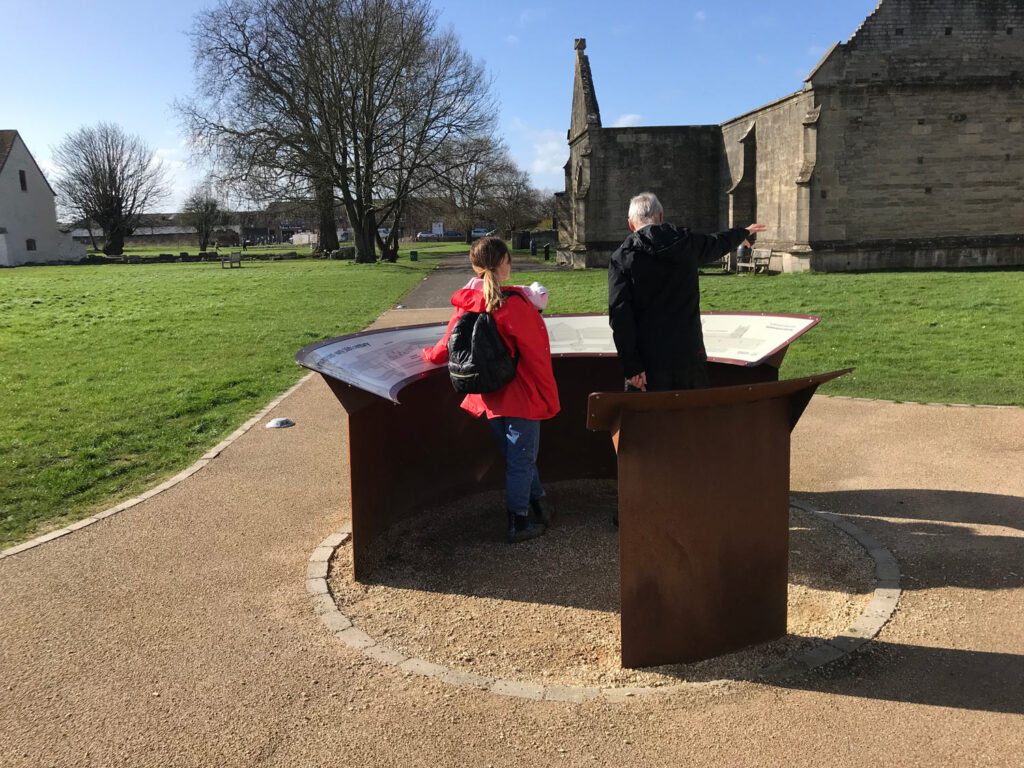 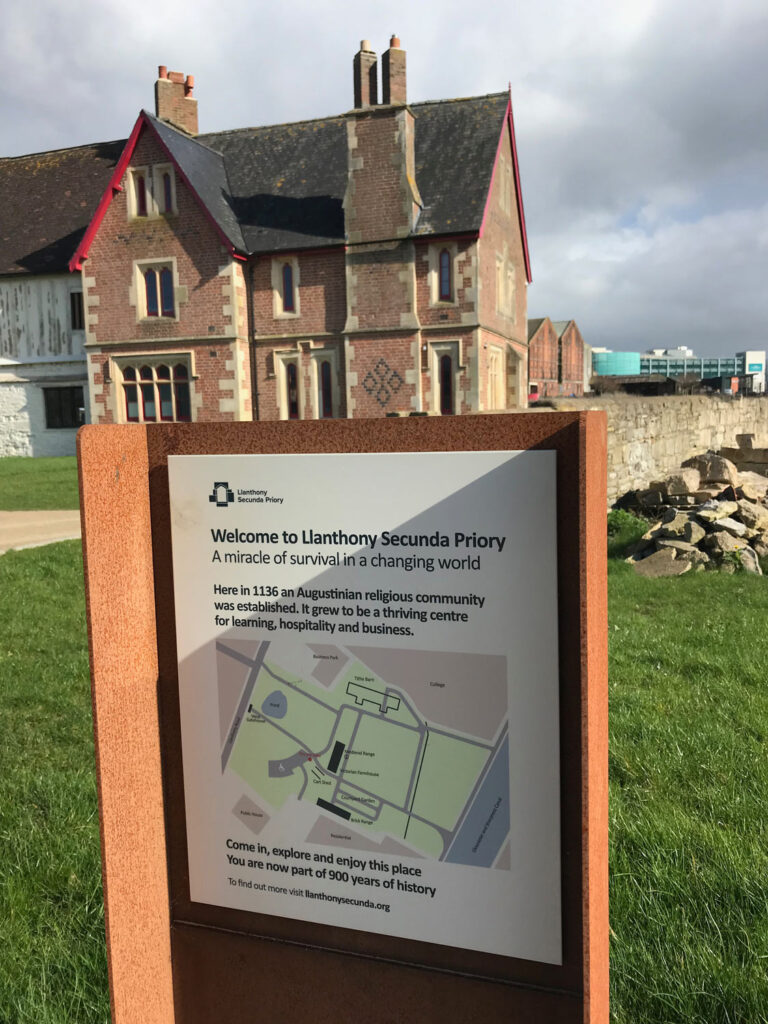 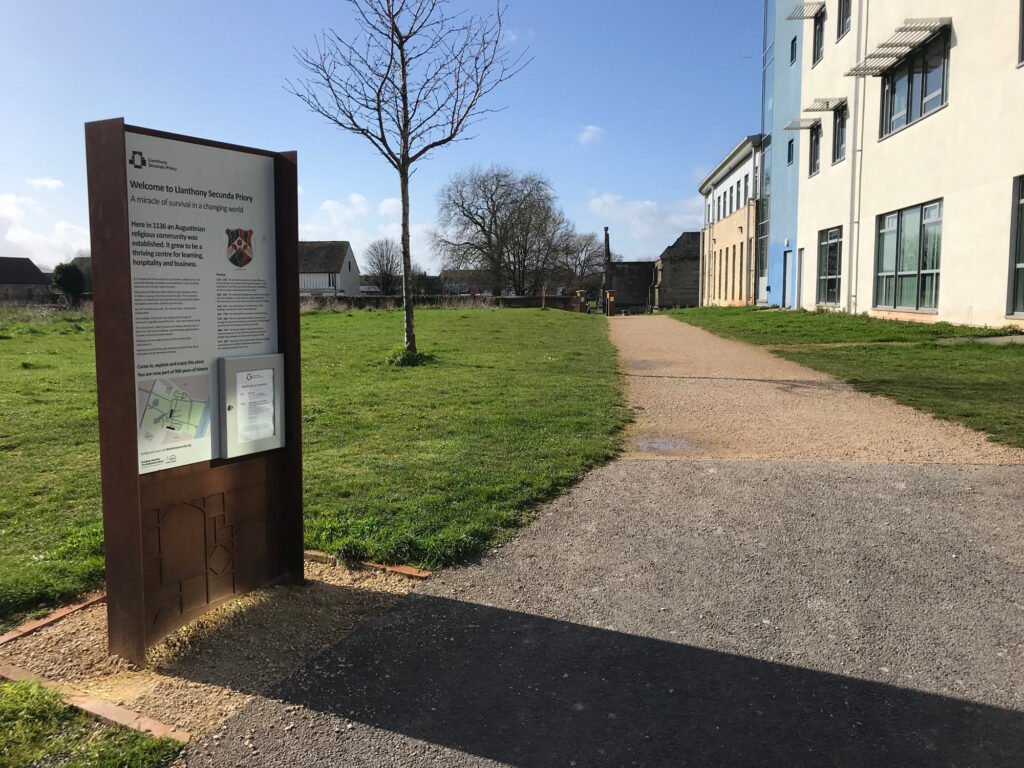 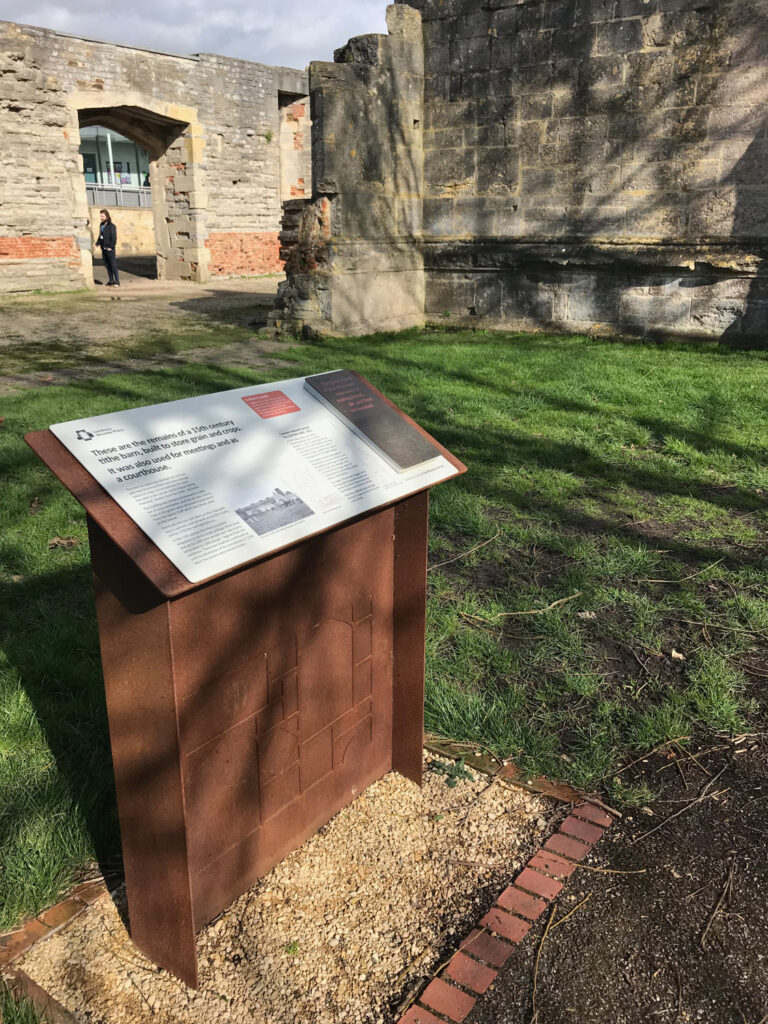 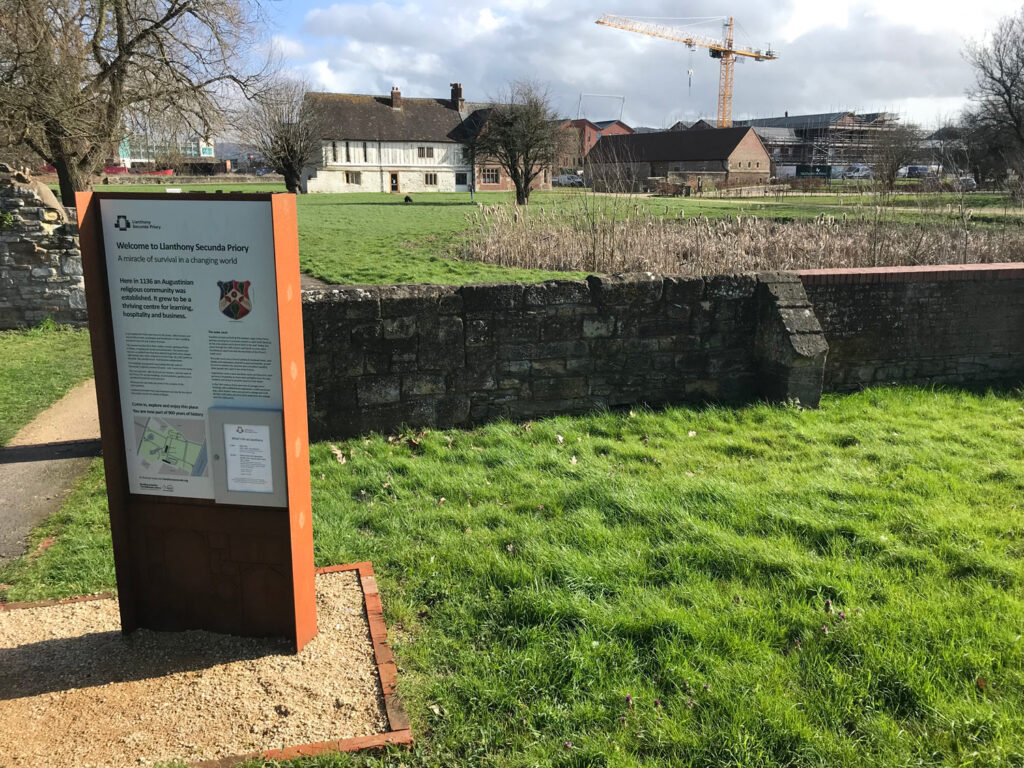 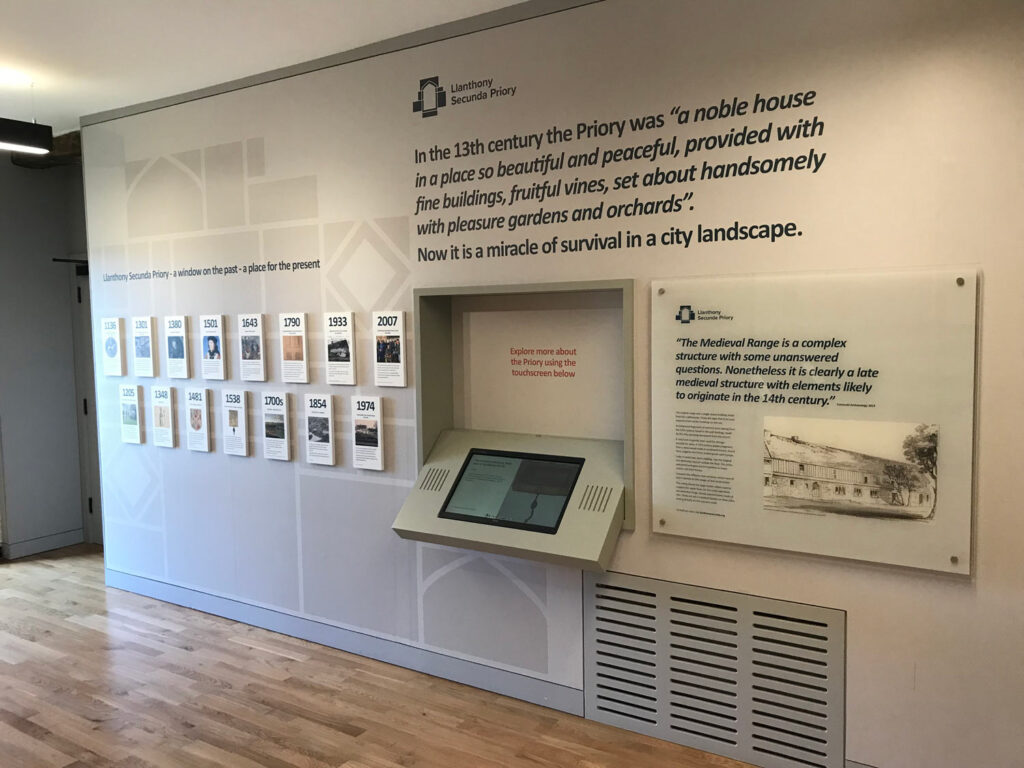 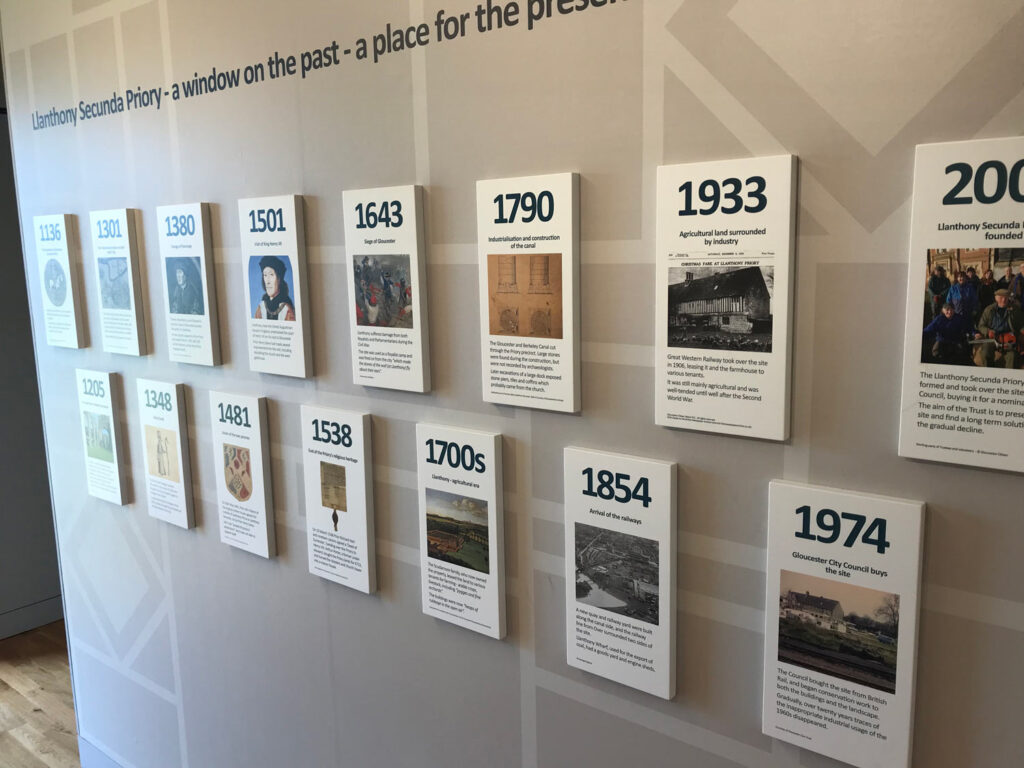 Llanthony Secunda Priory is a site of national historic, cultural and archaeological significance a short walk from the centre of historic Gloucester, surrounded by 21st century waterside regeneration.

The site is a Scheduled Ancient Monument with six Grade 1 Listed buildings.

Llanthony Secunda Priory was the sixth largest Augustinian house in the country, owning 97 churches and 51 manors. After the dissolution, the properties were split up, with the buildings on this site falling into disrepair. Subsequent canal, rail and industrial works gradually encroached on the site and prior to the redevelopment, the buildings were on Historic England’s “at risk” register.

Smith and Jones Design Consultants were commissioned on a design and build basis, to develop, manufacture and install an interpretation scheme at Llanthony Secunda Priory, bringing to life the chequered history of the last 900 years!

Our interpretation scheme spanned both internal and external spaces, and allows visitors the opportunity to imagine what the site must have been like at its prime, tell the stories of the people that lived and visited here, and the events that took place.

The Llanthony Secunda Priory Trust received support from the Heritage Lottery Fund (HLF) for the Reformation project following a successful Round 1 bid.