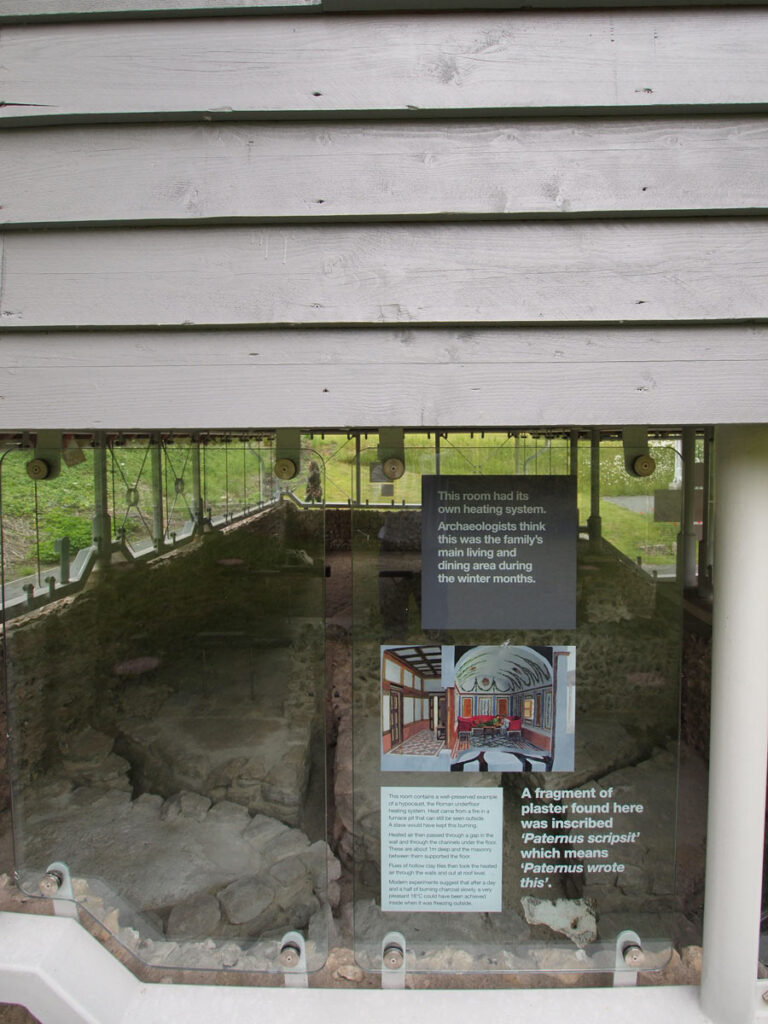 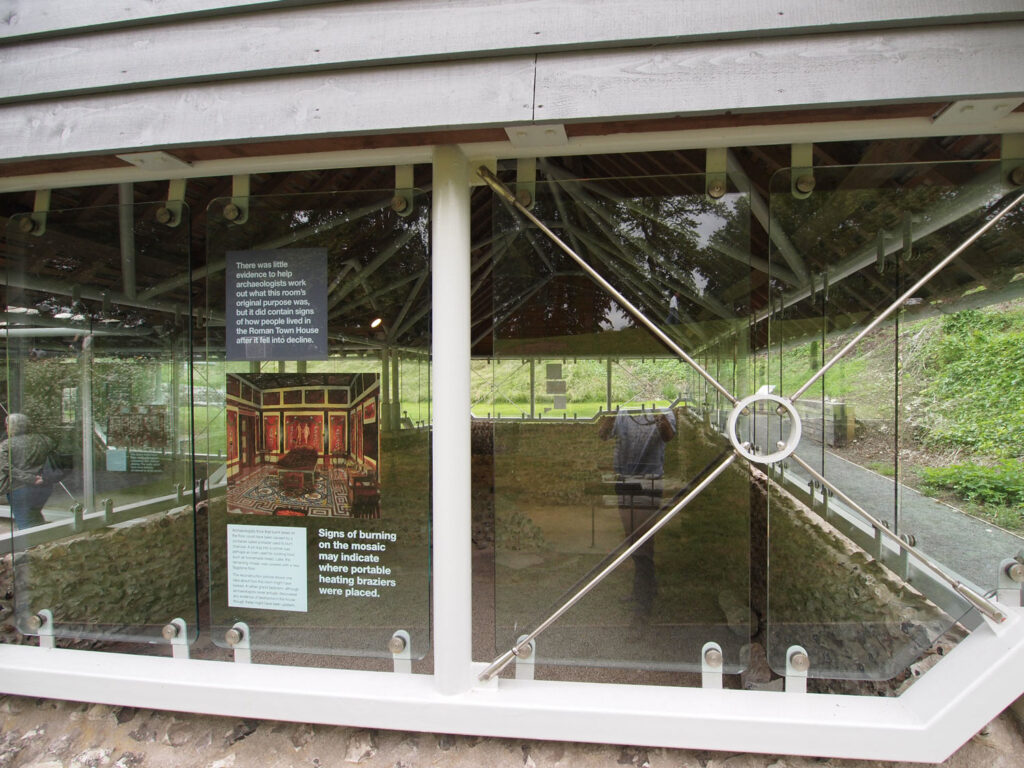 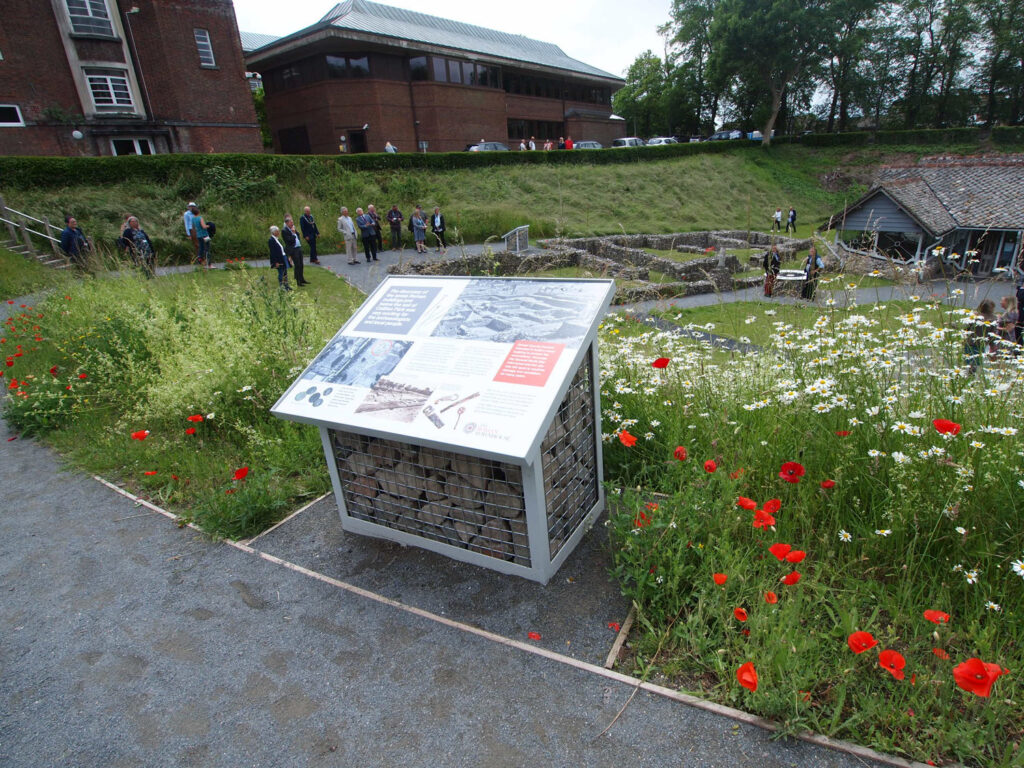 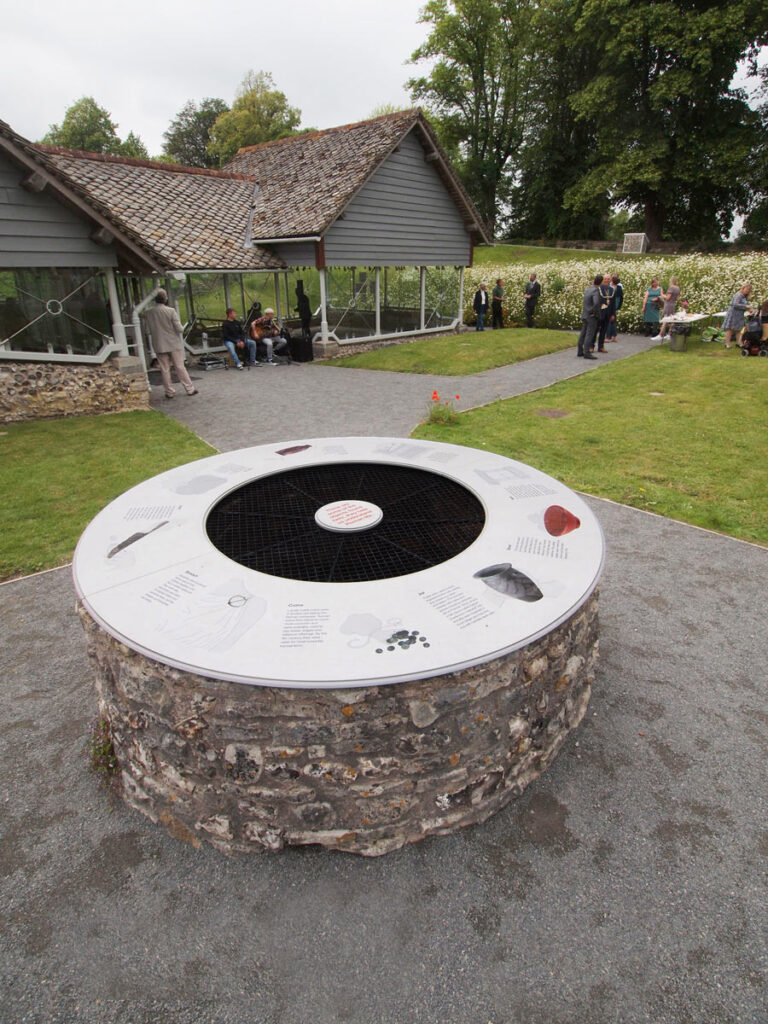 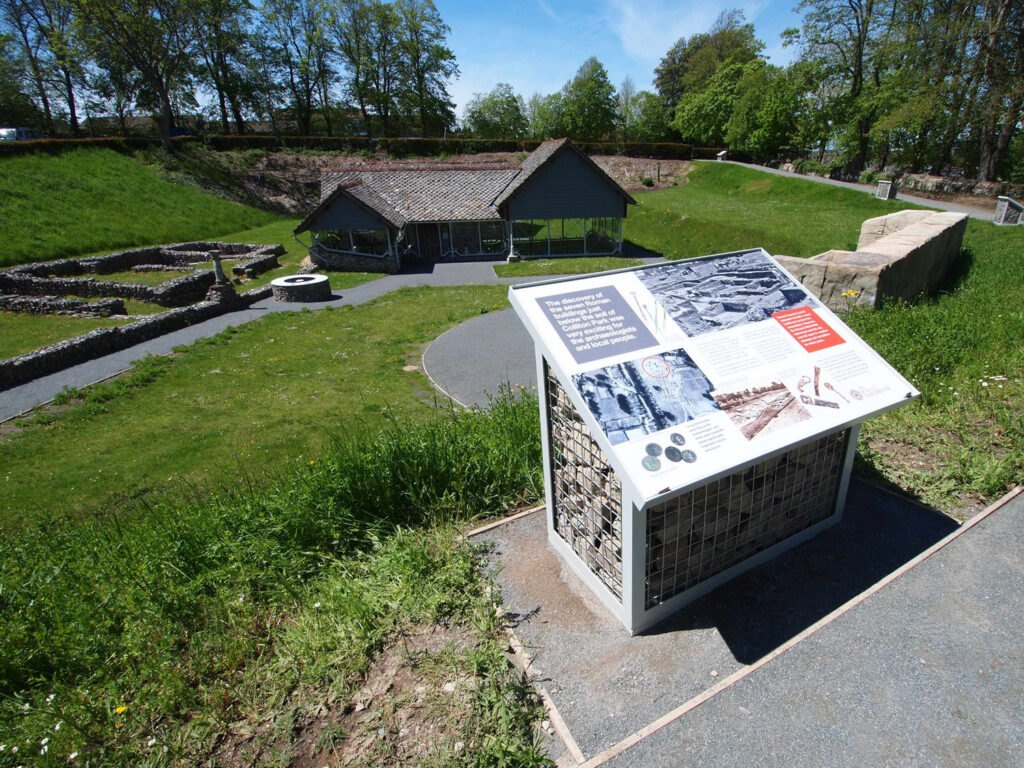 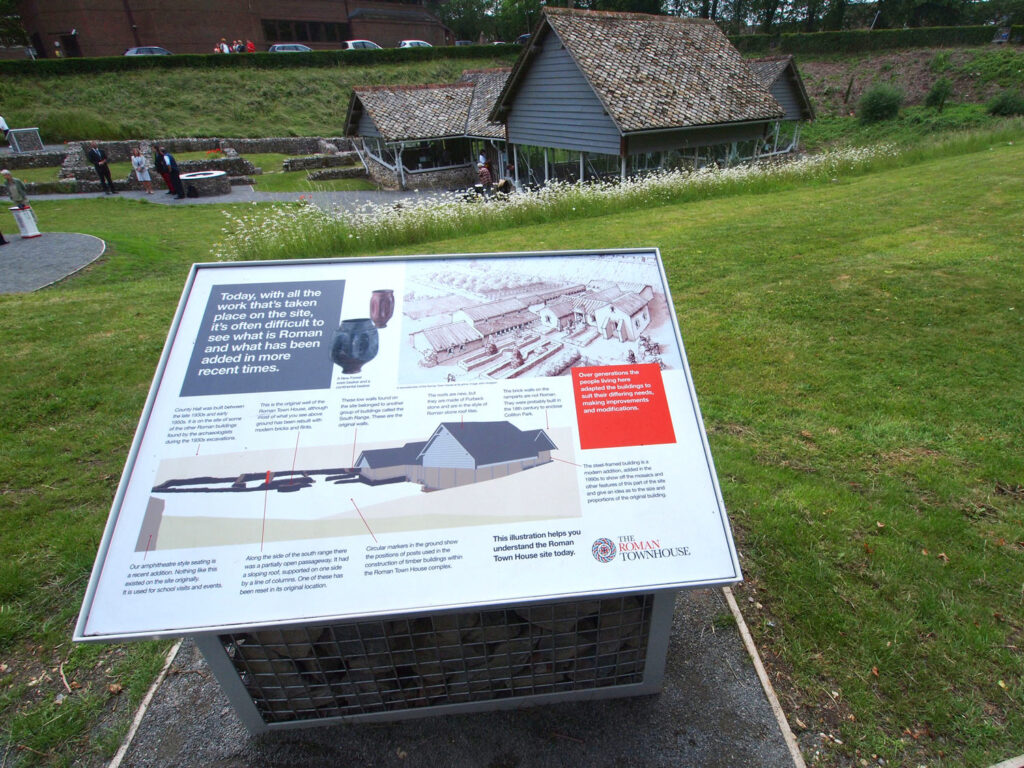 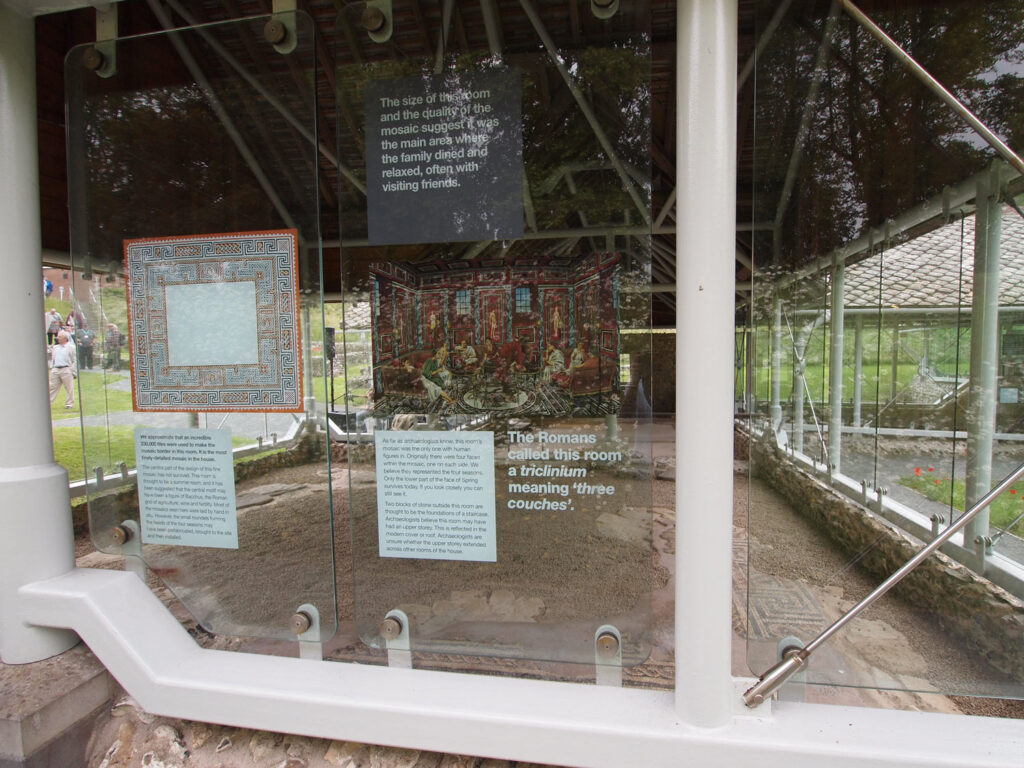 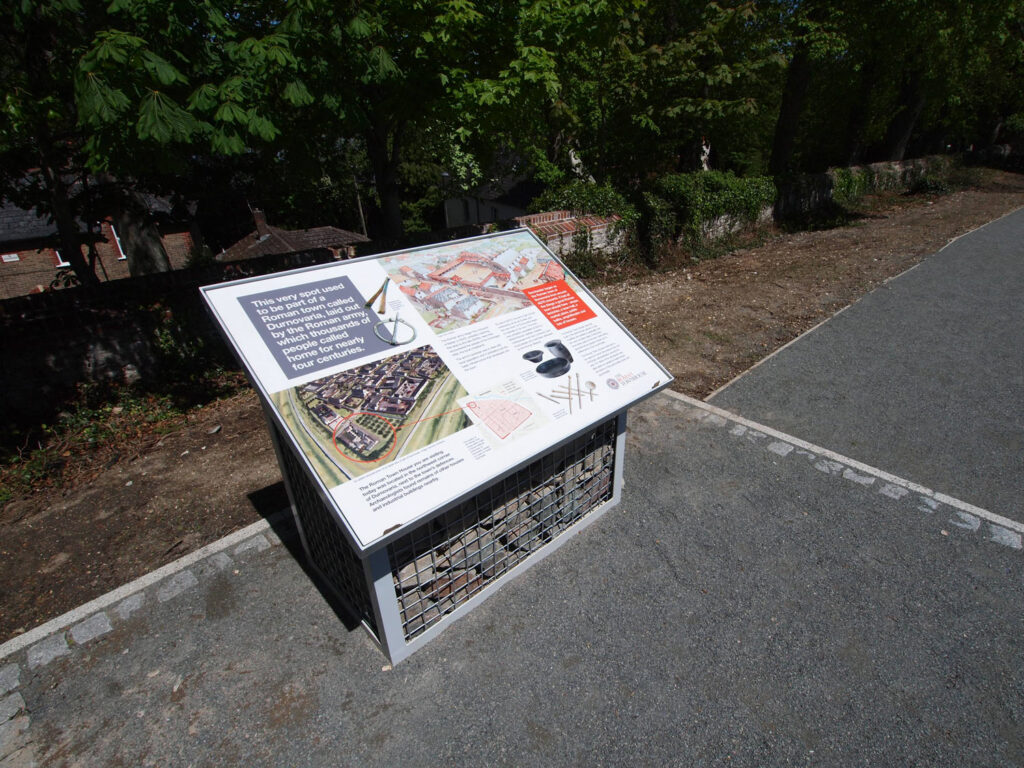 When the council offices were built at this location, archaeologists found the remains of 8 buildings dating from the Roman period of which the best example became known as the Roman Town House.

Smith and Jones Design Consultants were chosen as the interpretation and design specialists for this design and build project because of our ability to create a clear defined, accessible story.

We developed the interpretive content closely with the archaeological team. This was crucial part of the process to ensure the archaeologists historical content was presented effectively and was accessible for visitors with no prior knowledge of the site or the Roman time period.

Smith and Jones designed, manufactured and supplied every element to the project, including our custom designed gabion style interpretation. These were developed because of the restrictions to digging fixings in the ground – due to it being an archaeological site.